Posted on February 23, 2018 by Adrift Couple Leave a comment

Bastakiya Quarters Dubai is a quaint and intriguing neighborhood (across the Al Fahidi roundabout in Bur Dubai) originally established by erstwhile Iranian pearl and textile merchants, built in 1890s and restored by the Dubai Municipality in 2005.

One morning we found ourselves wandering in the historical atmosphere and character of the past, walking through labyrinth alleyways (Sikka in Arabic) and visiting heritage courtyard houses topped with wind towers. We strolled through the cobbled streets enjoying the open art galleries and those within the restored traditional houses.

Not having had enough of Bastakiya, we returned in the evening to enjoy local cuisine at one of the cafes. We were lucky to be visiting during the Art Week and got to witness a performance by Gaya, an Indian born-Dubai bred singer and songwriter.

A photo essay with some experiences of our wondrous day spent at Bastakiya’s mystic old merchant settlement! 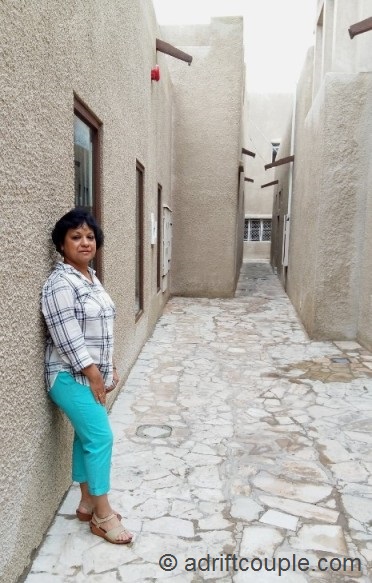 Bastakiya is so tranquil with its yesteryear flavor and soothingly different from the skyscrapers and modernity of downtown Dubai – you feel transported back a 100 years. 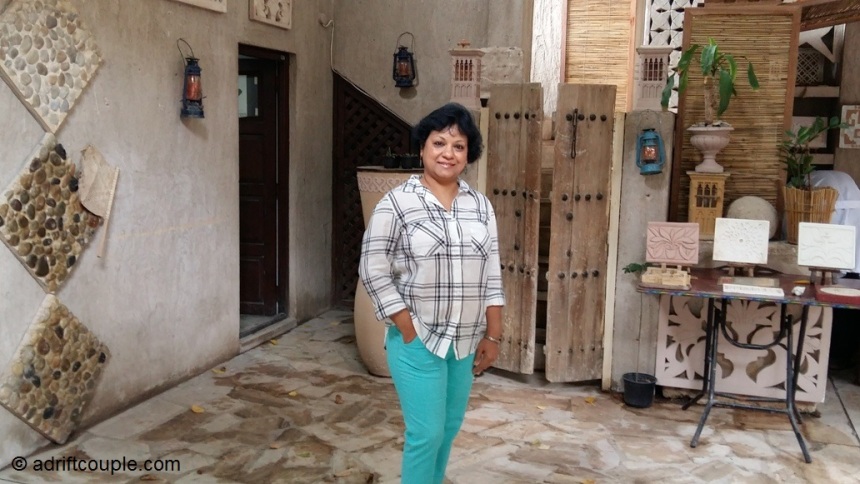 Inside one of Bastakiya’s elegant buildings, with a beautiful courtyard, pretty decorative grilles, hanging oil lamps and lattice work.

An art gallery with several exhibition rooms around its shady courtyard of a historical house, showcasing beautiful ceramics, handicrafts and jewelry. 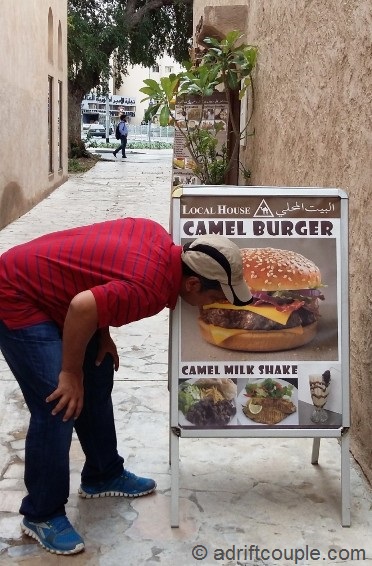 That’s how close I got to sampling camel meat! 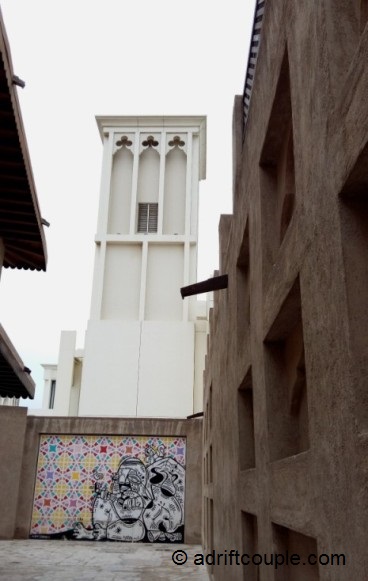 Note the wind tower. This traditional form of air-conditioning, constructed to funnel cool air into the house, was an architectural feature of buildings in southern Iran.
And don’t miss the art graffiti on the wall. 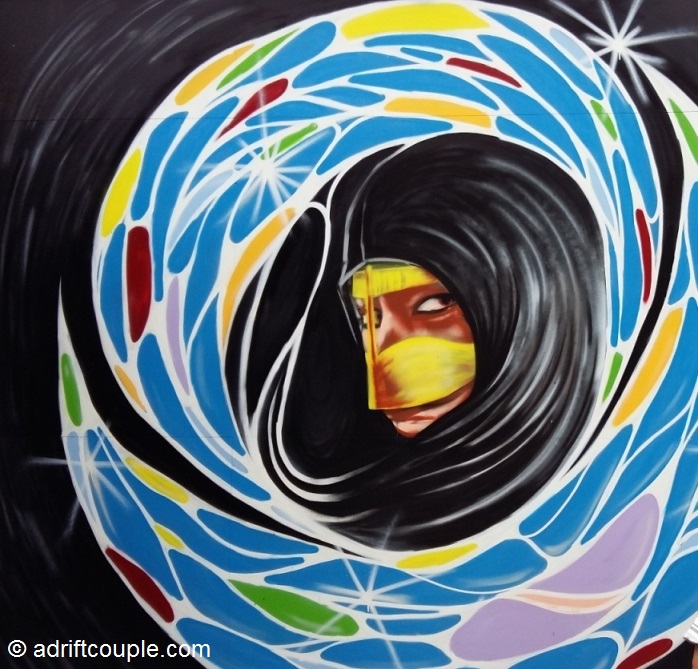 A beautiful painting in the outdoors on one of the Sikka Walls.

Arabic calligraphy exhibited in the open. 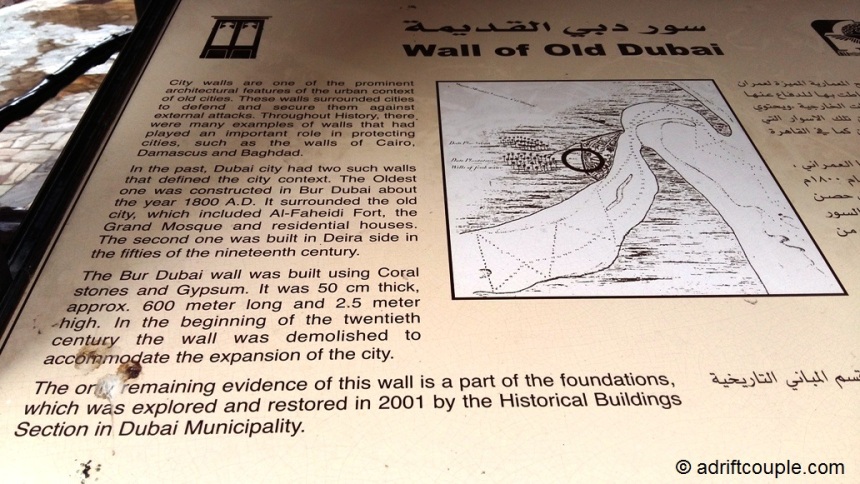 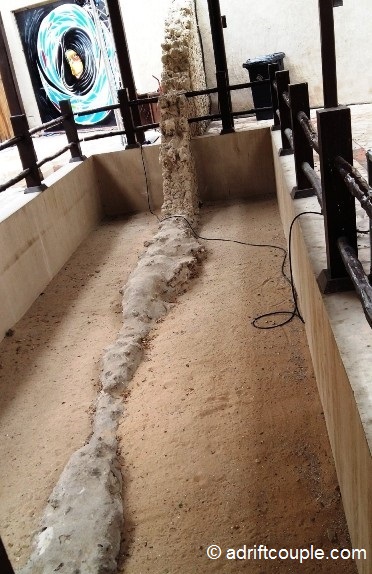 The last remaining section of the Old City Wall. Constructed in 1800 from gypsum and coral, the defensive wall surrounded the old town of Bur Dubai, which included Al Fahidi Fort and the old Grand Mosque.

Buildings then were made of gypsum and coral.

A lilting evening performance by independent singer-songwriter Gaya during the Art Week at Bastakiya. Lively crowd, wind-tower backdrop, gentle breeze, wafting music in the open courtyard. What an ambience!

Note: We visited Bastakiya Quarters in Bur Dubai during March 2016.